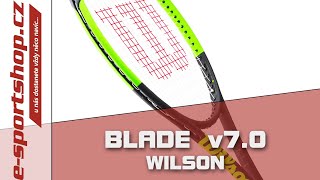 Tennis is one of the most popular and widespread sports in the world. It is also referred to as a white sport (in history, it was the rule to dress only in white when playing tennis). This is a racquet sport for 2 or 4 players. There is also a mixed doubles game, in which one woman and one man play in each pair. Opponents stand against each other on the tennis court and try to bounce the ball with a tennis racket into the field so that the opponent cannot return it or hit the car with the ball. In our e-shop we have a large selection of tennis equipment, whether for professional or recreational players. For excellent preparation for training, we recommend, for example, the Spinfire Pro 2 or Tutor Model 2 tennis recording machine.

Extraordinary tennis balls with great ratio of quality / price. Intended for all types of surfaces. > 144 pcs in stock €5.80

The transparent tool will help you to collect the tennis balls easily and quickly. 16 balls. > 25 pcs in stock €11.40

Folding construction for playing badminton or tennis, for hobby players. Includes two nets (3 and 6 m) and a practical bag for easy carrying and storage. > 10 pcs in stock €97.70

Quality, modern machine for tennis players of all performance levels. With a remote control, easily portable and storable. 10 Jun 2021 €2,299.00

Wide brush for tennis courts, with hard bristles for treatment of clay surfaces. With ALU frame and handle. in 14 days from €74.10

An ideal choice for all players, who demand aggressive performance, phenomenal control and great feel in one. 2 pcs in stock €194.00

Convenient package with a mix of colors. The overgrips with great absorption, universal for all kinds of rackets. 28 pcs in stock €19.80

The ideal choice for regular tennis players who are looking for lightweight, low and breatable shoes for clay courts. > 10 pcs in stock €54.50

Tennis is one of the most popular and widespread sports in the world. It is known on all continents and the number of players who regularly attend is high.

The game comes from medieval France, where it is documented in 1275 under the name jeu de la chasse (hunting game), because it imitated catching birds in nets. It was mainly run by religious from noble families as a substitute for chivalrous pastimes.

We rank it as a ball net sports game and it is mostly individual sport. It is characterized by a fast flight of a small ball in the court and a quick substitution of opponents in contact with the ball. Rotation, flight path and speed of the ball can be influenced by the technique of strokes, which is based mainly on swing and rotary movements.

The player's locomotion on the pitch has the character of acyclic activities, which consistently alternate movements such as start and stop, direction changes while running, lunges, jumps, jumps, turns and falls. From this point of view, it is important to train comprehensively all motor skills. Aids for complete development can be found here: https: //www.e-sportshop.cz/en/tenis-treninkove-pomucky.html

they are different, each of them allows different speed and height of the ball reflection and the way of movement of players and thus changes the style of the game. The four most common types of surfaces are:

clay - most often red (seen for example at the French Open), green (mainly in the USA), blue (at the Madrid tournament in 2012)

it must be straight and consist of strings alternately intertwined or tied and attached to the racket.

The total length of the racket must not exceed 73.66 cm.

The racket frame must not have a total width of more than 31.75 cm.

Instructions for selecting a racket can be found here: https://www.e-sportshop.cz/cz/vyber-tenisove-rakety.html

the outer surface must be the same everywhere, consisting of a fabric covering and a yellow color. If it has seams, it must be free of stitches.

The correct ball should have a rebound higher than 1.35 m and lower than 1.47 m when dropped freely on the concrete substrate from a height of 2.54 m.